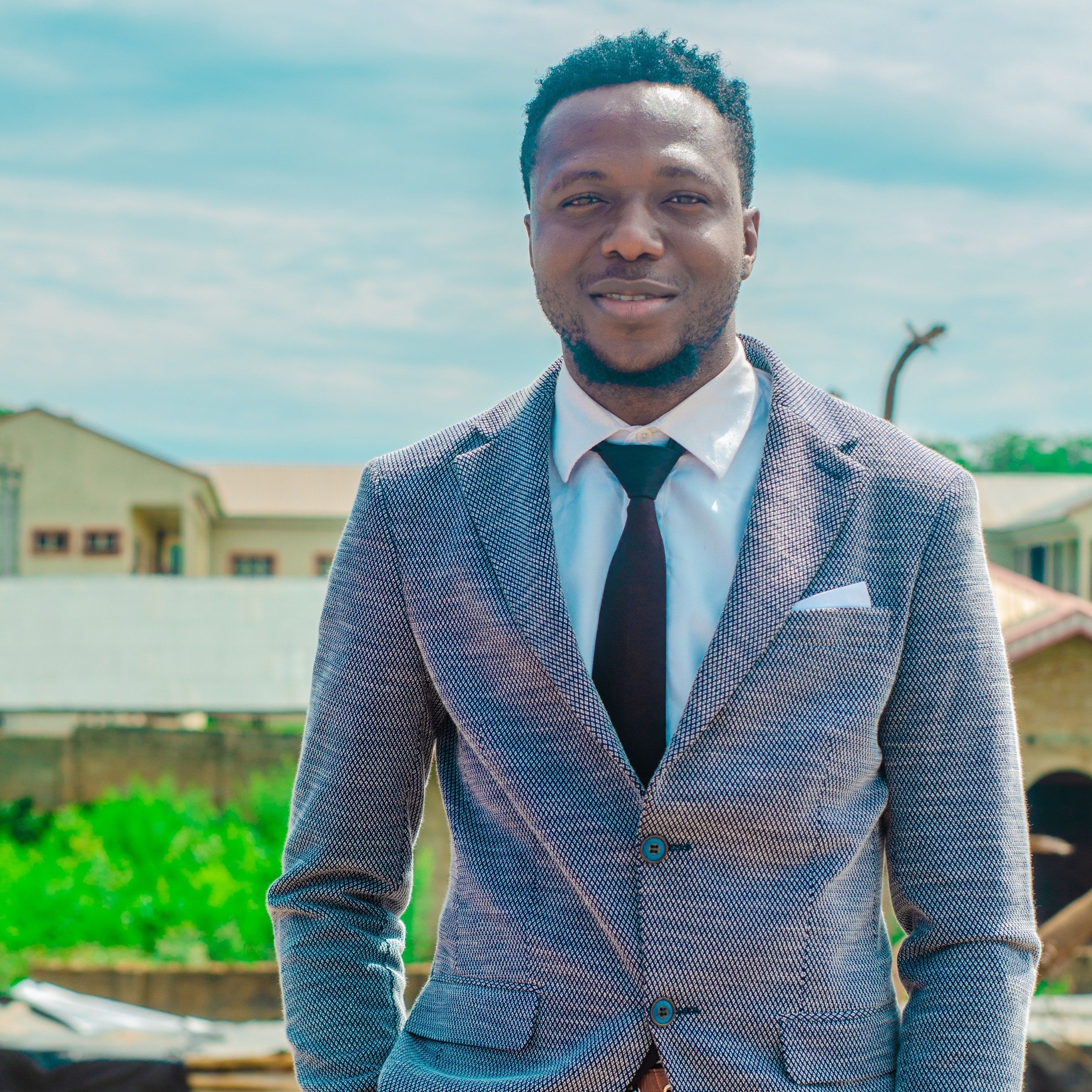 There is trending speculation of a rumoured Elon Musk Twitter Dogecoin arrangement. This rumour was spiked by the latest tweet about Twitter's new look, which Twitter's new CEO, Elon Musk, called "Twitter 2.0 Plan" - "The everything app".

This has made investors excited about the possibility of the cryptocurrency DOGE being integrated into Twitter. This recent disclosure, in a tweet yesterday, by Musk - who shared lots of slides on "Twitter company Talk" albeit without any mention of Dogecoin - saw the DOGE price surge to 19.4% from $0.089 to $0.107 before cooling off to $0.096, as reported by CoinDesk. 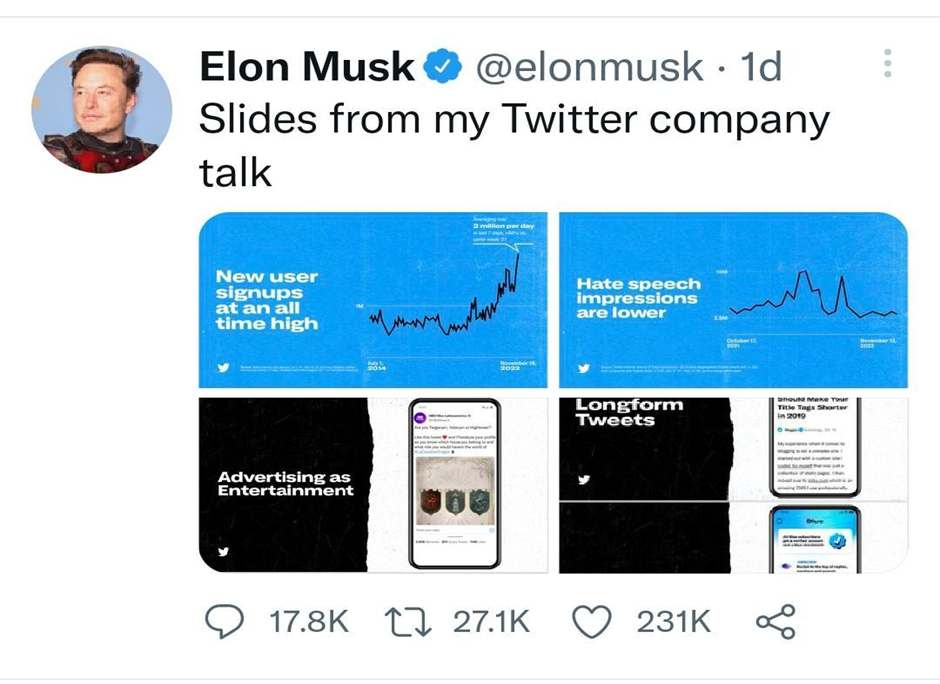 You will recall that on 16 May, Musk tweeted a mock-up of what he called "Twitter 2.0" that included a Dogecoin tip button. The tweet sent Dogecoin's price soaring by nearly 30% in just a few hours. Musk, now Twitter's biggest shareholder, has been a long-time supporter of Dogecoin, often tweeting about the cryptocurrency and even calling it his "favorite" coin.

In another tweet, world-renowned golfer, Matt Wallace, said, with a hashtag: 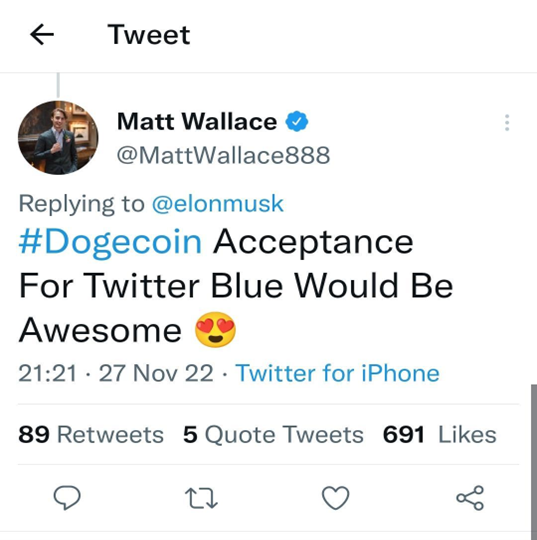 If Twitter were to integrate Dogecoin into its platform, it would give the cryptocurrency a major boost in exposure and could lead to more mainstream adoption.

More rumours abound amid speculation that Twitter may be working on a wallet prototype that supports cryptocurrency deposits and withdrawals. That, plus an announcement of an $8 monthly subscription model, led to a 40% surge in price.

Ayanfe is a full-time writer with over 4 years of experience in the finance space. He holds a bachelor’s degree in Accounting and Marketing. He has an acute interest in the blockchain technology and its endless possibilities. Ayanfe spends his time understanding the technology and educating people about it. Oh! He’s a movie aficionado and a lover of dogs.