Shawn Corey Carter, better known as Jay Z, is a multi-platinum selling hip hop artist widely regarded as the most influential rapper. He is also considered an extremely successful businessman, having founded several multimillion-dollar corporations, including Rocawear, a clothing firm with more than $700 million in annual sales. He is known for collecting fine art and mentioned artists like Picasso in his songs.

Jay Z's Twitter profile picture has been changed to a CryptoPunk NFT that he bought from OpenSea for $126,000; the punk replicates his iconographic hair. 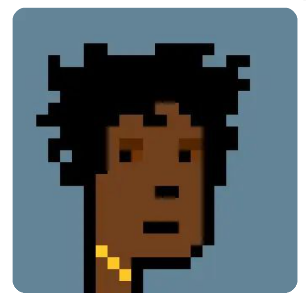 Jay Z paid 55 ETH for one of the 10,000 CryptoPunks on April 25. This punk has an African American male wearing a gold chain, a feature that few punks have. His Twitter accounts profile picture changed on June 25.

Derrick Adams designed an NFT celebrating Jay Z's debut album 'Reasonable Doubt' on its 25th anniversary. The NFT featured captivating imagery and animated elements and was sold at Sotheby's for $139,000. The physical artwork is also owned by Jay Z. A portion of the profit was donated to The Shawn Carter Foundation. 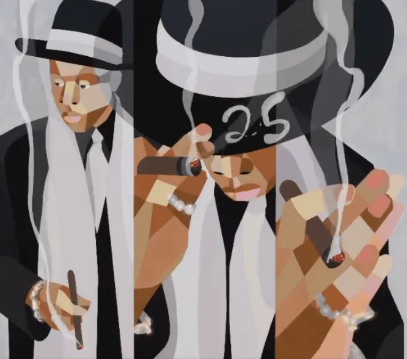 Derrick Adams created the work in his fragmented style. He was able to animate certain aspects of the piece in the NFT version, such as creating a red glow for the cigar Jay Z is holding, making signature diamond jewellery sparkle, and manipulating the smoke from the cigar to transform into the number 25. The piece incorporates many elements from the original 'Reasonable Doubt' album cover. It also adds a unique twist with advanced animations.

Sotheby auctioned off the piece- one of the leading fine art auction houses, from June 29, 2021, to July 3, 2021, bidding starting at $1,000. The auction took place concurrently in the popular blockchain game-Decentraland's Voltaire Art District.

Jay Z co-founded the record label Roc-A-Fella Records (RAF) with Damon Dash, an entrepreneur who has appeared in films and is a successful record executive.

Jay Z sued Damon Dash for attempting to sell the 'Reasonable Doubt' NFT. Damon Dash holds a small portion of the record label, and his lawyers have stated that he lacks the authority to sell a company asset unilaterally.

Damon Dash attempted to sell the NFT by partnering with the NFT marketplace platform SuperFarm. As a result, RAF lawyers advised SuperFarm to cancel the auction. According to the record label, Dash was still looking for alternative marketplaces to sell the NFT.

As of 2022, Damon Dash and Jay Z have decided to settle their legal cases. Dash is not allowed to "in any way dispose of any property interest in 'Reasonable Doubt,'" even though he is still allowed to sell his one-third ownership in Roc-A-Fella in the future.

Influence of Jay Z in the NFT space

Jay Z is a well-known musician who has founded numerous profitable businesses. He is also regarded as a wise investor. He is one of the few pop culture figures indulging in the crypto industry. As time passes, more influencers, athletes, and musicians are entering the blockchain world.

Jay Z CryptoPunks Twitter profile photo's continued use is probably making many musicians wonder how NFTs can be applied to the music industry.

As an investor, he has made several significant pre-IPO investments, including Uber. More recently, he invested $19 million into Bitski, a platform for buying and selling NFTs through a secure wallet.

Bitski has the potential to be a powerful NFT marketplace for musicians and record labels looking to sell albums as NFTs. Bitski is also compatible with blockchain-based games. Other artists and musicians may get influenced by Jay Z NFT investments as he has proved himself to be a successful investor.