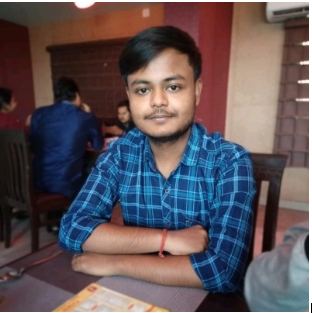 Luna Classic (LUNC), formerly Terra Luna (LUNA), was given a new name after a disastrous crash. After the collapse, Luna Classic news said the recovery procedure would be carried out to create a new chain supporting future transactions.

Terra Classic (LUNC) created the stablecoin TerraUSD by destroying LUNA with the help of smart contracts.

TerraUSD's price was fixed to the US dollar for 18 months before being unpegged to retain its value against it.

This unpegging resulted in the death of TerraUSD and the LUNA coin. To validate transactions, the new LUNA will employ the Proof-of-Stake mechanism, which can also be used for passive revenue. The project has a total supply of 6.88 trillion coins, and the price reached an all-time high of $119.18 in April 2022.

Luna Classic news and Do Kwon

In recent Luna Classic news, it was reported that South Korea was attempting to revoke Kwon's passport, which might compel him to return home. According to Bloomberg's Luna Classic news, a request has been made to the country's Foreign Ministry to cancel the travel passport. A warrant for his arrest and those of other members has already been issued.

The announcement is a relief to Terra Luna Classic investors, who had been worried about the implications of the arrest warrants on the cryptocurrency corporation and its price.

According to the report, Terra co-founder Do Kwon is unlikely to return to South Korea due to ongoing legal processes.

Even though many cryptocurrency investors blame Kwon for their losses and the current bear market, he has remained socially engaged after Terra's collapse. In September, the Terra co-founder declared that he was "making zero attempts to hide" from the police.

He even participated in a live webcast with the infamous hedge fund manager and pharmaceutical executive Martin Shkreli. They discussed FTX and Shkreli's time in prison.

Terra Classic (LUNC) had a modest price boost due to this being regarded as a good occurrence for LUNC investors.

The LUNA Classic (LUNC) price has increased in the previous 24 hours. During that period, the altcoin's price increased by 0.47%. Much of the weekly gains have been erased due to daily chart losses.

With the demise of FTX, LUNC has been teetering on the brink of a negative trend for some time. The coin lost more than 10% of its market value in November. LUNC is currently displaying consolidation beneath its immediate resistance mark.

There is a new update on the development front - the first look at TerraDart's new Alpha bundle. TerraDart is a Dart SDK used for developing applications that connect with the Terra blockchain, which has released a new package named Alpha. The Alpha package has been made available in Flutter and Dart environments to interface with the LUNC blockchain.

Other analysts believe that LUNC's average price in the coming year will be $0.015, based on its recent performance.

In November, the coin demonstrated a positive divergence, following which the price of LUNC increased somewhat.

Despite this, the bulls were unable to increase their strength. The Relative Strength Index was nearing 40, indicating that the coin was approaching the oversold zone.

Likewise, the LUNC price was lower than the 20-Simple Moving Average line, indicating a lack of demand. The reading also suggests that sellers were driving the market's price momentum.

The Chaikin Money Flow model represents capital inflows and outflows at a certain time. The indicator was below the half-line, indicating that capital inflows were modest. Regarding purchasing power, capital inflows have also decreased due to a lack of investor interest.

The Directional Movement Index displays the asset's overall price direction and trend. DMI was negative because the -DI (orange) line was higher than the +DI (blue). The Average Directional Index (red) was below 25, suggesting that the present price movement is losing strength.

LUNC is now selling at a price 100% lower than its all-time high, set around nine months ago.

When making a LUNC coin price forecast, consider that cryptocurrency markets are still very volatile. This makes it impossible to precisely anticipate a coin's price in a few hours and even more challenging to make long-term predictions. As a result, analysts and algorithm-based forecasters can and do make incorrect forecasts.

If you are considering investing in crypto, we urge you to do your own research first. Before making any investment choice, consider the most recent market trends, news, technical and fundamental analysis, and expert opinion.

Remember that previous success is not an assurance of future results. Only trade with funds you can afford to lose.