Crypto & Gaming: What is GameFi? 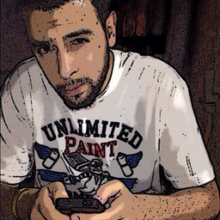 So you’re into all things Crypto and you no doubt know about DeFi, but have you heard about GameFi?

Don’t feel left out if you don’t know what I’m talking about, this is all fairly new even to longtime HODL’ers.

Crypto games are video games that run on a cryptocurrency network and include a completely or partially distributed ledger architecture, providing players verifiable ownership over the virtual products contained in the games.

But where do the roots of this movement come from?

2003 is considered the year that in-app purchases entered online games in a really big way, from obscure role-playing games about medieval knights to virtual world Second Life, and even corporate-backed entries like Disney’s ToonTown Online.

Eventually, there had to be a huge moving force that would change the world forever- three letters that kickstart this story and lay the foundation for what we will likely be experiencing now and in the future in regards to virtual currency: WoW.

Released in 2004, World of Warcraft is arguably the most successful, massively multiplayer online role-playing game of all time, at its peak, it had upwards of ten million users in the game. The in-game currency of WoW, simply titled “Gold,” can be used for anything imaginable, from items to services with increasingly esoteric means, like food that makes your character spit fireballs.

A Side-effect of this? The line between digital and real currency begin to blur.

By the late 2000s, that line between virtual currency and fiat was one that individuals and enterprises alike were bouncing back and forth over for profit. Value could be digital. Value could be anything. And this was no longer just limited to nerdy kids. Farmville, popular with kids and parents alike, posted revenues of $235 million in the first quarter in 2010, most of which was from in-game purchases for digital goods.

Fast forward to 2021 and almost all mobile and console games including Roblox, Minecraft, and Fortnite have in-app purchases. Welcome to the age of GameFi.

This is no doubt moulding the youth into a generation that feels incredibly comfortable with digital currency transactions.

Axie Infinity is among the biggest—and most polarizing—of these new games, which allow players to accumulate tradeable crypto coins. To investors like billionaire Mark Cuban and Reddit co-founder Alexis Ohanian, who were part of a $7.5 million funding round for Vietnamese game-maker Sky Mavis in May, it’s a gateway to crypto for people playing around the world.

Those players are banking on the success of Bitcoin and others in hopes of turning them into high-value tokens.

Other projects that include some of the most popular coins in the GameFi space: Uniswap, Chainlink, Dai, ZRX, Maker, Aave, and PancakeSwap.

This, along with the recent NFT craze will absolutely contribute to massive growth in cryptocurrency adoption.

Digital Dave is from South Florida and has 17+ years of experience in the fields he loves to write about: finance, crypto and sports betting.